What Is The Value Of Deshaun Watson On The NFL Trade Market? 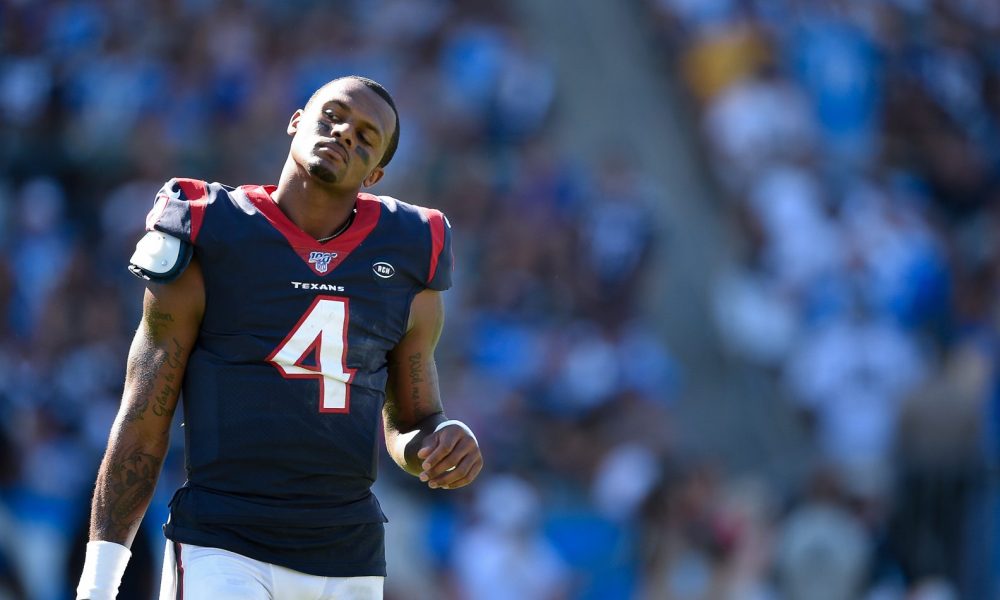 It’s been a long time coming for fans of the Houston Texans. For just over a year now, Deshaun Watson has made it clear to the Houston Texans front office – he wants to be traded. In January of 2021, Watson made it clear that he wanted out of Houston. The organization fumbled the hiring of a general manager, ignoring the advice of search firm Korn Ferry. Rather than hiring a GM on the search firm’s list, Jack Easterby was able to convince Cal McNair to hire Nick Caserio from the New England Patriots. The rest, as they say, is history. Following a poor coaching hire of David Culley, Watson made it official as he asked for a trade out of Houston. The question that fans are now asking, however, is what kind of market value does Deshaun Watson have in a potential trade?

First off, we must talk about Deshaun Watson’s legal situation. There are still 22 pending lawsuits against Watson for sexual misconduct and/or assault. Earlier this week, judge Rabeea Collier ruled that some depositions in the civil case against Watson could be delayed until April 1st. However, Judge Collier also ruled that Watson will be deposed as planned in the civil cases against him. As for the criminal cases, Watson’s deposition will be delayed.

So, what does this mean?

We are likely to see a delay in the Houston Texans being able to trade away Deshaun Watson. As was the case earlier this season, teams are too wary of trading for a player with that type of legal situation still pending. Especially when it comes to someone of Watson’s talent-level. Furthermore, it’s unlikely that the situation will be fully resolved prior to the 2022 NFL Draft. The Houston Texans hold the third overall pick in the 2022 NFL Draft, which they could trade away for additional picks. However, that pales in comparison to what they would receive if they are able to trade away Deshaun Watson.

If Deshaun Watson is able to reach a settlement with all 22 accusers, which he was nearly able to do earlier this year, that would obviously open the door for an immediate trade.

What Kind Of Trade Value Does Deshaun Watson Hold?

A trade of this level is uncommon in the NFL. Let’s establish that fact right off the bat.

However, it’s possible to look at past trades to determine the trade market value for Deshaun Watson.

In perhaps the biggest trade in the history of the NFL, Walker was traded by the Dallas Cowboys to the Minnesota Vikings. The trade involved 18 players or draft picks, along with the San Diego Chargers.

It’s obvious that the Houston Texans should receive a nice slew of picks by trading away Deshaun Watson. While it should start with at least two first-round picks, it shouldn’t stop there. It’s also likely that the Texans would be able to receive second-round, or possibly third-round, picks as well. Furthermore, the Texans would be wise to seek a player or two in the deal. Given that the franchise is currently going through a full rebuild, a trade of that caliber could lessen the length of the organization’s transformation.

With that being said, I don’t envision a trade getting done without his legal situation coming to a resolution.

Be sure to follow Houston Sports Report for more coverage on Deshaun Watson and his pending trade value. As always, you can find us on Facebook and Twitter.