This Is The End Of Carlos Correa In An Astros Jersey 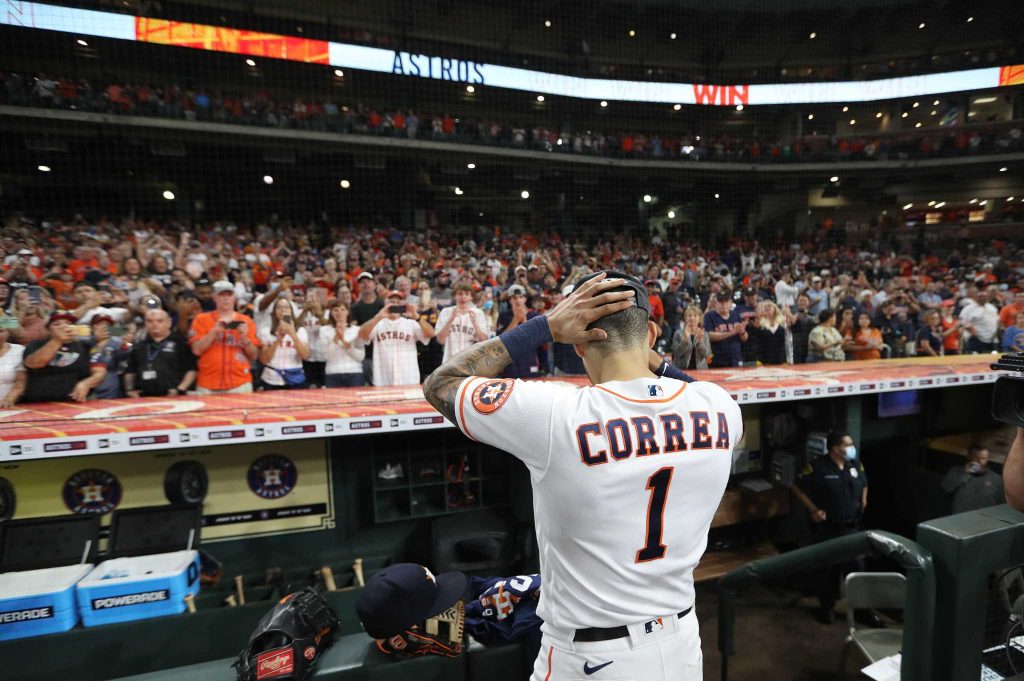 It’s been a whirlwind few seasons for the Houston Astros. From the World Series Championship in 2017 to losing Gerrit Cole and George Springer to free agency. However, through all of it, there has been one consistency. Carlos Correa, the organization’s first-round pick, and the first overall selection, in the 2012 MLB Draft, has been the leader of this team. However, both Correa and the Astros have reached a crossroads. It’s a contract year for Carlos, and naturally, he wants to be paid like a top player in the league. Despite this, management has let the situation play out. With the situation set to play out in the offseason, I think it’s time to admit it. This is the end of Carlos Correa in an Astros jersey.

In what could be his final regular season game with the Astros, Carlos Correa received a cool tribute in the first inning and then another in the ninth. https://t.co/n7gDDAsdcl via @chron

Could Houston Make A Play To Keep Carlos Correa In An Astros Jersey?

First off, it should be noted that Carlos Correa commented on his future with the Astros earlier this season.

“My last year with the Astros, hopefully we can win another championship,” Correa says. “I can leave this great organization with two of them.”

This isn’t a discussion about whether or not the Astros can afford to re-sign Correa. Rather, it’s if they believe that it’s worth the long-term contract that it will take to keep the star shortstop in Houston. Given that Correa will likely want to be one of the top paid players, when compared to his injury history, it’s understandable that the Astros front office might balk at the contract.

Even how well the Astros have played over the last five years, it’s very likely that the organization would be able to bring in a notable free agent to play the position. However, if they’re unable to do so, there is another option. Alex Bregman, the team’s third baseman, has considerable experience at shortstop. Additionally, Houston could bring back Aledmys Diaz at a much cheaper deal than Correa. If that’s the case, then Houston could look at bringing in some pitching help.

Regardless of what happens in the MLB Playoffs, the City of Houston needs to appreciate having Correa on the roster. When push comes to shove and it’s time for Carlos Correa to make a decision on his future, I don’t see it being with the Astros organization.

Be sure to follow Houston Sports Report for more coverage on Carlos Correa and whether or not he’ll wear as Astros jersey next season. As always, you can find us on Facebook and Twitter.