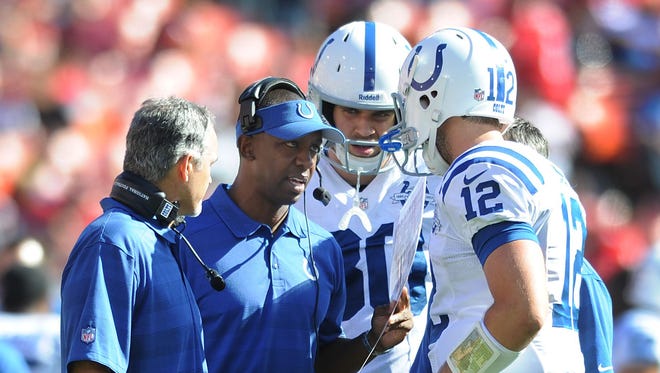 On Wednesday, the Houston Texans announced that David Culley, a Ravens assistant, would be hired as the head coach. The Texans wasted no time in further assembling their coaching staff, hiring Pep Hamilton as the team’s Quarterbacks coach. Hamilton spent the 2020 season as the Quarterbacks coach of the Los Angeles Chargers, and was key to Justin Herbert’s success. Furthermore, Hamilton was paired with Andrew Luck at Stanford, as well as the Indianapolis Colts, from 2011-2015.

Big hire in the works for the #Texans: They're expected to bring in Pep Hamilton as quarterbacks coach, per source.

Now that Deshaun Watson has officially requested a trade from the Houston Texans, the Pep Hamilton hire makes even more sense. If Houston drafts a replacement, Hamilton would be pivotal in their success early in the league. However, if the franchise is able to repair the relationship with Watson, Hamilton’s presence could certainly elevate the offense.

Pep Hamilton’s Influence On The Rest Of The Staff

While David Culley doesn’t have prior head coaching experience, Pep Hamilton does. Hamilton had the DC Defenders of the XFL at a 3-2 record, and in 1st place, as their Head Coach and General Manager before the season was canceled. Tim Kelly, the Texans offensive coordinator, has play-calling experience after Bill O’Brien was fired following an 0-4 start to the 2020 season.

The Texans wanted a ‘CEO’ as their head coach, which they’ve clearly found in David Culley. However, the franchise has several key personnel in other positions. With Lovie Smith targeted as defensive coordinator, the talent on that side of the ball should be much improved. Tim Kelly is remaining as the team’s offensive coordinator, keeping the offense intact. Furthermore, Hamilton’s hire takes the QB coaching duties away from Kelly. While this could be looked at as a negative, I think it’s the opposite. Tim Kelly is likely being retained to continue calling the offensive plays, or remain heavily involved in doing so. With Pep Hamilton coming in, this will free-up Tim Kelly to concentrate solely on the offensive gameplan.

Regardless of how you feel about the general manager and head coaching hires, this is the right move for the franchise. This hire moves the Texans organization forward. More importantly, should the Texans find a trade partner for Deshaun Watson, this hire will pay dividends. Hamilton has shown the ability to mold young quarterbacks in this league.

Be sure to follow Houston Sports Report for more coverage on Pep Hamilton and the Houston Texans. As always, you can find us on Facebook and Twitter.