Should Texans Focus On Head Coach Eliminated From Playoffs? 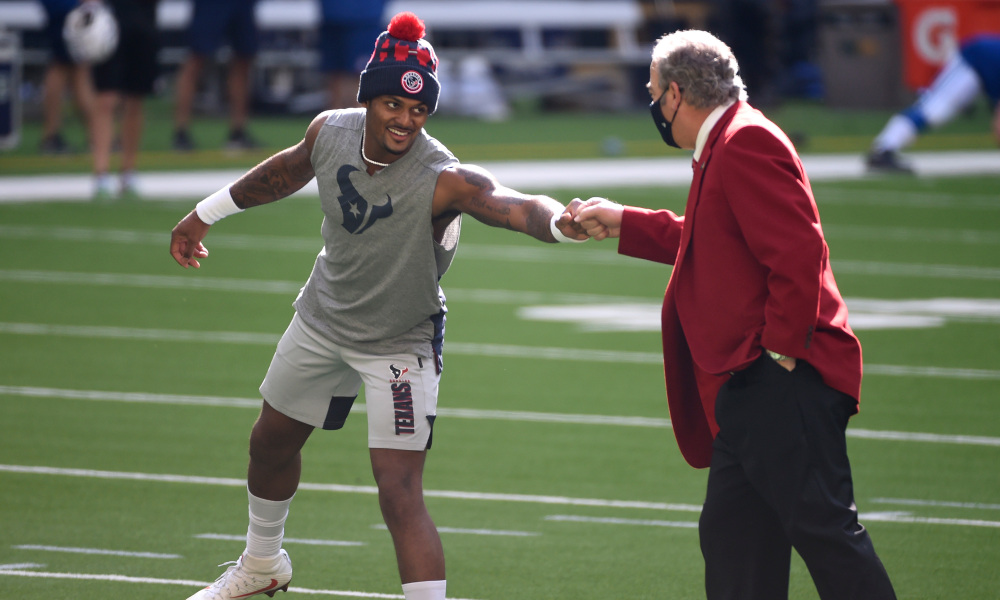 The Houston Texans need to find a head coach. It’s that simple, right? However, assuming that their target is on a coach currently in the NFL Playoffs, should the organization refine their search? Let’s look at some of the potential candidates for head coach, as well as what the next few weeks might look like.

Be sure to follow Houston Sports Report for more coverage on the Texans search for a head coach. As always, you can find us on Facebook and Twitter.

With Nick Caserio hired as General Manager of the Texans franchise, the organization can finally move forward with the search for their next head coach. The Texans have interviewed a number of candidates for head coach, including few unexpected names, such as Marvin Lewis and Jim Caldwell. However, several top candidates, such as Buffalo’s Brian Daboll and Kansas City’s Eric Bieniemy, are still alive in the NFL Playoffs. As a result, it’s a near certainty that these candidates would remain with their team throughout their Playoff run.

What does that mean for the Texans?

Nick Caserio, as well as the next head coach of the Texans, will have a lot of work to do to rebuild this roster. As a result the Laremy Tunsil trade with Miami, the Texans do not have a first or second round draft pick in the 2021 NFL Draft. With the NFL Combine set to look very differently this year, the 2021 Reese’s Senior Bowl is going to be even more important. The Senior Bowl is held at the end of January, and essentially, is the first opportunity for NFL teams to get some face-to-face time with top college senior NFL Draft prospects. However, there are also numerous mid and late-round prospects at the game, too.

Prior to the game on January 30th, there are three days of hands-on practices with NFL coaches. These practices are pivotal for a team like the Texans that likely won’t be drafting until the third round.

Where am I going with this?

The Texans waited too long to extend an interview to Chiefs OC Eric Bieniemy. Due to this, they’ll have to wait until Kansas City is eliminated from the Playoffs before conducting the interview. If Houston does intend to hire Bieniemy, the Texans will be without a head coach at the Senior Bowl.

Should the Texans hire a candidate eliminated from the Playoffs?

Should the Texans hire someone that would start immediately?

With the Los Angeles Rams being eliminated, defensive coordinator Brandon Staley could become a hot commodity. With the Eagles schedule to interview him too, there may be a desire to offer Staley the job quickly. However, the answer could still be on the Bills or Chiefs coaching staffs. The two could potentially meet next week in the AFC Championship, if Kansas City can beat Cleveland to advance. This means that one of the two hottest candidates would become available for interviews.

Regardless of who the Texans hire, their next head coach will have his hands full. Between an unhappy quarterback and a depleted roster, it’s going to be a long road to prominence. Hiring a head coach, as well as a full coaching staff, that can get into the building quicker, rather than later, might go a long ways in rebuilding the roster.