It’s Time For The Rockets To Trade James Harden 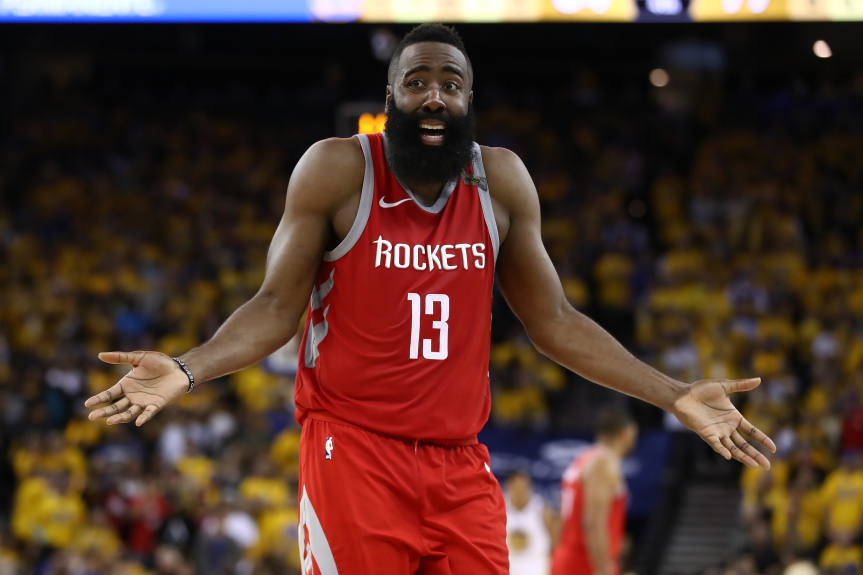 The time is now for James Harden and the Houston Rockets to separate amicably. Harden was traded to Houston before the start of the 2012-13 season, but things haven’t always gone to plan. Harden has always been able to put up incredible numbers, even winning theMVP award in 2018. However, the Rockets haven’t been able to win a championship. Over the offseason, the team parted ways with head coach Mike D’Antoni, as well as General Manager Daryl Morey.

Harden has been very vocal this offseason with his displeasure. To start, Harden was unhappy with the signing of Stephen Silas as head coach. Promoting Rafael Stone to general manager probably didn’t help things. Stone, a former lawyer and executive vice president of basketball operations, was Morey’s top assistant. However, Stone has no general manager experience.

Following a 117-100 loss to the Los Angeles Lakers, James Harden had this to say on the situation with the Houston Rockets.

James Harden says Rockets are "just not good enough … I love this city. I literally have done everything that I can. I mean, this situation is crazy. It’s something that I don’t think can be fixed."

It’s unclear whether or not, up to this point, the Rockets have seriously considered a situation in which they’d have to move James Harden. But with the way that the relationship is trending, I think they’ll almost have to.

Is a Trade Likely?

With Daryl Morey in Philadelphia, a trade with the 76ers seems the most likely. Morey was always fascinated with James Harden when he was the GM of the Rockets, and he could be the piece that puts the 76ers over the top.

Furthermore, Miami would be an ideal trade partner, too. Shooting guard Tyler Herro burst onto the scene last season for the Heat as he put up fantastic performances quite regularly. Herro would be a solid replacement for James Harden, as well as a solid piece for the Rockets to build around.

Trade value is a priority for the Rockets. However, given how toxic things have become, trade value might become an afterthought. Moving on from James Harden, and committing to a full rebuild, would be a long process. However, if they can move away from this style of play that we’ve seen with Harden, they’ll be better for it.