Is There A Franchise Player On The Texans Roster? 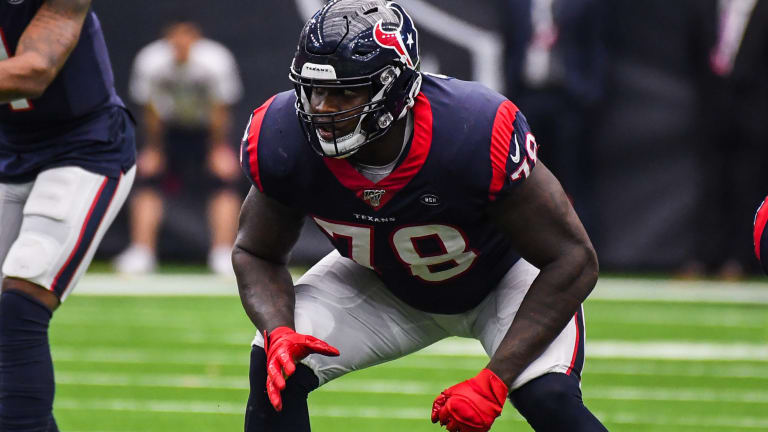 Given the talent on the Houston Texans roster, a 40-0 beatdown at the hands of the Buffalo Bills on Sunday felt inevitable. However, what was unexpected is just how poorly the team played overall. Aside from an interception by Lonnie Johnson Jr., there was little for fans to get excited about. This article spawned from a discussion we had on the Texans Unfiltered podcast. The question is whether or not, at this point in the season, there is a franchise player that the Houston Texans can build their future around.

This position is the face of the franchise. However, given that the most-talented player on the Texans roster has requested to be traded, the future isn’t very bright. Tyrod Taylor has had bad luck in terms of injuries over the last few seasons. Davis Mills, although he’s still a rookie in the NFL, hasn’t looked the part of a franchise quarterback. I wrote this scouting report on Davis Mills last year for NFL Draft Lounge.

If the quarterback situation for the Texans is ugly, then I don’t know what to call their skilled position players. In recent years, the Texans have lost wide receivers DeAndre Hopkins and Will Fuller. The tight end position has been one that’s been addressed time and time again in the NFL Draft, but with little to no success. Quite frankly, the running backs on the roster have been a disappointment. All five of the running backs on the Texans roster are in the final year of their contracts, although the Texans do have exclusive rights on Scottie Phillips. Regardless, I don’t see a franchise players within the Texans skilled positions.

The offensive line might be the Texans best shot at finding a franchise player. Laremy Tunsil, the organization’s left tackle, was brought in from Miami by way of a blockbuster trade. Bill O’Brien and Jack Easterby negotiated Tunsil’s contract extension, but did a poor job. Tunsil signed his contract extension prior to the 2020 season, but it was a three-year extension. As a result, Laremy Tunsil is set to become an unrestricted free agent following the 2023 season.

Tytus Howard, the team’s first round draft pick in the 2019 NFL Draft has performed well at times. However, his move inside to guard hasn’t panned out. Howard might be better suited to move back out to right tackle, a position that he’s played for the Texans the last two seasons.

The most notable loss for the Texans over the offseason was defensive end J.J. Watt. Watt asked for, and was granted, his release in February of 2021. The defensive front seven for the Texans is full of nice pieces within a roster, but none of them are capable of being a franchise player to build around.

Needless to say, Houston doesn’t have a franchise player on the roster, especially if you rule out Deshaun Watson. GM Nick Caserio had little draft capital to work with in the 2021 NFL Draft, using his first selection in the third round on QB Davis Mills. Furthermore, Caserio was hired in early January of 2021, meaning that he had to play catchup in terms of scouting. Considering that he’s going to have a full season to prepare for the upcoming NFL Draft, and have a pick in the first round of the 2022 NFL Draft, the Texans could potentially find their next franchise player in April.

Be sure to follow Houston Sports Report for more coverage on the Houston Texans and their search for a franchise player. As always, you can find us on Facebook and Twitter.