Is Deshaun Watson To Philadelphia Eagles A Possibility? 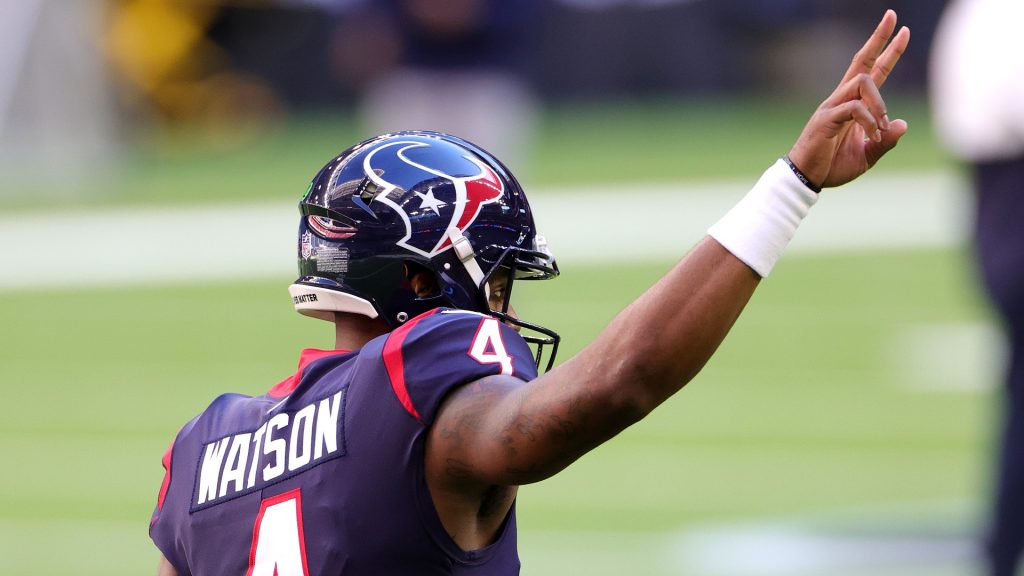 The Houston Texans have been in a tough position this season. Deshaun Watson, the team’s franchise quarterback, doesn’t want to play for the organization. To complicate matters even more, Deshaun Watson has 22 civil lawsuits for sexual misconduct. However, the NFL has stayed out of situation. As a result, Watson is cleared to play for an NFL franchise immediately. With the season underway, one has to wonder if it’s the right time to trade Deshaun Watson. Furthermore, is a trade to the Philadelphia Eagles a possibility for Deshaun Watson?

The Houston Texans selected Clemson QB Deshaun Watson with the 12th overall pick of the 2017 NFL Draft. Bill O’Brien, the team’s head coach at the time, wasted very little time in inserting Watson into the lineup. Tom Savage, the starting QB for the first game against Jacksonville, was benched at halftime. Watson entered the game in relief of Savage, finishing with 102 passing yards, as well as a touchdown and an interception. Over the past four years, Watson has been one of the best quarterbacks in the NFL.

Is A Deshaun Watson Trade To The Philadelphia Eagles Looming?

For the Houston Texans, this might be the best time to pull the trigger on a Deshaun Watson trade. Deshaun Watson’s deposition won’t happen before Super Bowl LVI, which means that it could drag into the 2022 NFL Draft. If this happens, it severely limits Houston’s leverage in trade negotiations. Jay Glazer of Fox Sports had the following to say on the situation:

ICYMI! On Sunday I shared that the Texans stance on trading Deshaun Watson has softened where they weren’t even returning calls from teams in camp. That has changed. As for teams, to me Miami makes the most sense and probably has the best chance to pull it off IF a deal gets done pic.twitter.com/QTljSUpNRi

For the Philadelphia Eagles, coming to terms with the Texans on a Deshaun Watson trade might be easier than people think. If Carson Wentz plays 75% of the snaps for Indianapolis, the Eagles receive a first-round draft pick in 2022. If this happens, the Eagles could trade for Watson by sending a 2022, 2023, and 2024 first-round pick to Houston. Even if this is the case, Philadelphia would still have the first-round pick from Indianapolis. Given that Deshaun Watson wants to go to a contending team in the NFL, the Eagles would still have draft capital to continue building their team around Watson.

Ultimately, I think a deal gets done sooner, rather than later. However, I’m of the belief that the biggest question mark revolves around the haul that Houston would receive in return. If Texans GM Nick Caserio is able to obtain three future first-round picks, as well as an additional day two pick in 2022, the rebuild will be accelerated quite drastically.

More importantly for the Houston Texans front office, it could go a long ways in getting fans back into their seats at NRG Stadium.

Be sure to follow Houston Sports Report for up-to-the-minute coverage on Deshaun Watson potentially heading to the Philadelphia Eagles. As always, you can find us on Facebook and Twitter.