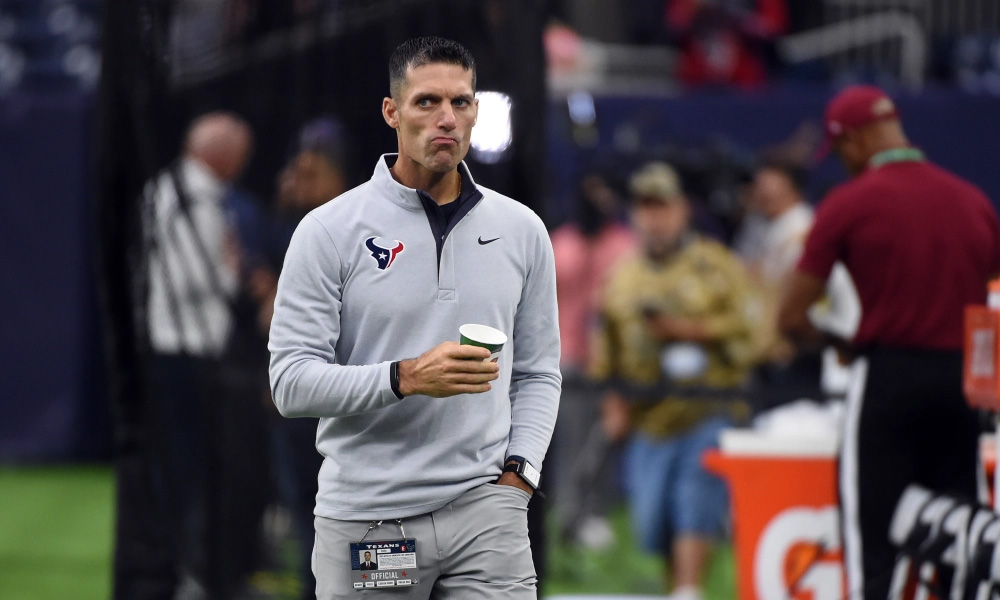 The countdown is complete and we’re now just hours away from the 2022 NFL Draft in Las Vegas. With Free Agency underway, teams have already had the opportunity to rebuild their roster in hopes of making a championship run in 2022. However, the NFL Draft is a team’s chance to find promising young talent and build for the future. In this Houston Texans 2022 Mock Draft, we’ll do just that for the team on Kirby.

This mock draft doesn’t include trades, although I do fully expect GM Nick Caserio to be quite active throughout all three days of the 2022 NFL Draft.

In my mock draft simulation, Aidan Hutchinson and Kayvon Thibodeaux came off the board with the first two overall picks. While I don’t necessarily believe that Thibodeaux warrants a top five pick, I can certainly understand why Detroit would select him.

With two EDGE defenders off the board, I think we see that run continue on as the Houston Texans select Travon Walker from Georgia. Walker fits what the Texans are looking for on the defensive side of the ball. While I personally have concerns about his ability to consistently penetrate the pocket and disrupt the ball, he offers Houston some much needed versatility.

Travon Walker is capable of playing on the interior defensive line, but can also play defensive end or outside linebacker at a high-level. If selected, as he was in this Houston Texans 2022 Mock Draft, I’d like to see what the coaching staff will be able to develop him into.

So, let’s look at some of the possibilities for the Texans here.

If they look elsewhere with their third overall pick, like perhaps cornerback, it’s likely for Sauce Gardner or Derek Stingley Jr. If that is found to be the case, look for Houston to circle back with this pick to find a capable pass rusher. Jermaine Johnson is an option, although I believe that he’ll be off the board before the Texans return to the podium. George Karlaftis is also an option, but I don’t see the value in selecting him a good bit earlier than his predicted draft position.

Having passed on offensive tackle with their third pick, the Texans could look for someone like Senior Bowl standout Trevor Penning or interior lineman Zion Johnson. However, once again, value should come into play here as both would be drafted much higher than they should be.

That brings us to what I’ve put into play in this Houston Texans 2022 Mock Draft. The organization was able to nab a top pass rusher in Travon Walker, but will also be able to do the same in the secondary. Trent McDuffie is a top fifteen prospect in this draft class and should be in-play to become a day-one starter at corner. Finding two impact players with their first two picks, regardless of their position, is Nick Caserio’s top priority.

I’m going back-to-back-to-back defensive picks here for the Houston Texans. Similarly to the EDGE and cornerback positions, the roster has been depleted of promising young talent. Much like what I’ve done with the two previous picks in this Houston Texans 2022 Mock Draft, I’m lookin for players that can contribute at a high-level early in their career.

The Texans front office won’t have to travel too far if they want to add depth onto their defensive line. Logan Hall began the 2022 NFL Draft process with an impressive week of practice at the Reese’s Senior Bowl. Since then, he’s followed that up with strong showings at the NFL Scouting Combine and his Pro Day.

His ability to play any position across the defensive line should be a deciding factor here. Hall played a majority of his time at defensive tackle for the University of Houston, but he should be more than able to step in at defensive end as well.

Between Kenneth Walker and Breece Hall, I feel like Walker fits more of what the Texans are looking for in the position. While I don’t think that they could go wrong in selecting Hall instead, I see more upside in Walker’s abilities and traits.

I’m not sure if there was any other player that had a better week at the Reese’s Senior Bowl than Troy Andersen. Not only was he one of the top FCS standouts, but he was consistently making plays against some of the top FBS prospects, too.

Linebacker isn’t a pressing need for the Texans. However, Kamu Grugier-Hill and Kevin Pierre-Louis, both predicted to be starting linebackers for the Texans in 2022, are here on one-year contracts. Finding a replacement here, even if it is in the third round of this Houston Texans 2022 Mock Draft, is instrumental in finding success in the future.

The Texans have yet to pickup the fifth-year option on Tytus Howard’s contract. If they opt to let him walk at the end of the season, they’ll need to find a long-term replacement.

Adding in the uncertainty surrounding Laremy Tunsil’s future and it’s nearly a foregone conclusion that the Texans will address the offensive line in the 2022 NFL Draft. At 6’6 and 307 lbs, he should be capable of playing tackle or guard. With that being said, if the Texans were to keep Mitchell at tackle, they could shift Howard back inside.

Tight End isn’t a day-one or day-two need for the Houston Texans, but it is a position that could use some depth. I like the thought of adding a receiving tight end such as Isaiah Likely into this offense, especially for QB Davis Mills development.

Wide receiver could also be an option for the front office in this Houston Texans 2022 Mock Draft. However, I believe that they could find a capable receiver with one of their sixth-round draft picks. More so, finding a tight end that can spread the field, while also contribute as an inline blocker, should be a priority for the front office.

Losing Justin Reid to the Kansas City Chiefs in Free Agency was a hard pill to swallow. Albeit, it was a move that many people saw coming. Houston has enough talent that they don’t need to find a starter in this year’s NFL Draft, but they do need to find some depth for when the injury bug will inevitably strike again.

I’m going to circle back to the EDGE position with this sixth-round draft pick in this Houston Texans 2022 Mock Draft. I’m not sure if Allen will make the final roster, or if he’s someone that the Texans will be able to store on their practice squad. However, he has enough talent and upside that I think it’s worth investing time into to discover what type of player he’ll develop into down the road.

To close out this Houston Texans 2022 Mock Draft, I finally have the front office addressing the wide receiver position. With Brandin Cooks and Nico Collins on the roster, I feel like they can have some discipline when it comes to the position.

Tre Turner has shown flashes of how impactful he can be on the field, but there are inconsistencies, too. If the Texans coaching staff is able to rope those in and find a more consistent balance of play, Turner could find a role within this offensive scheme.