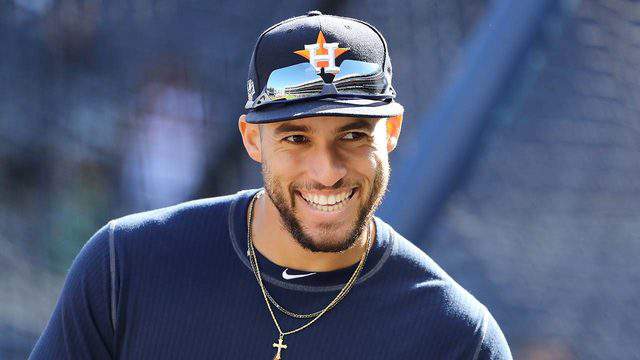 Late Tuesday Evening, it was confirmed that the Toronto Blue Jays had reached an agreement with free agent, and former Astros outfielder, George Springer.

We all saw this coming though, right?

Springer, who has spent all seven years of his MLB career in Houston, agreed to a 6-year $150M dollar deal with the Blue Jays. While the Astros did extend a qualifying offer to Springer, it was rejected. However, that was expected from both sides as Houston did so to guarantee a compensatory pick in next year’s MLB Draft. The Astros extended a qualifying offer of $18.9M, which was far less than what George Springer signed for in Toronto.

The Astros weren’t expected to re-sign George Springer, as the decision had reportedly been narrowed down to Toronto and the New York Mets. However, fans had continued to remain hopeful that a deal could be brokered.

For the Astros, the challenge now becomes trying to find a replacement for Springer.

Kyle Tucker and Myles Straw are expected to be back in the outfield for the Astros. Michael Brantley, also a free agent, has yet to sign with a team. If the Astros are able to bring Brantley back, it would give them some flexibility in other areas. For the Astros to compete for a spot in the MLB Playoffs, they’ll need to find a defensive replacement for George Springer.

Be sure to follow Houston Sports Report for more coverage on the Astros, following George Springer’s signing with Toronto. As always, you can find us on Facebook and Twitter.