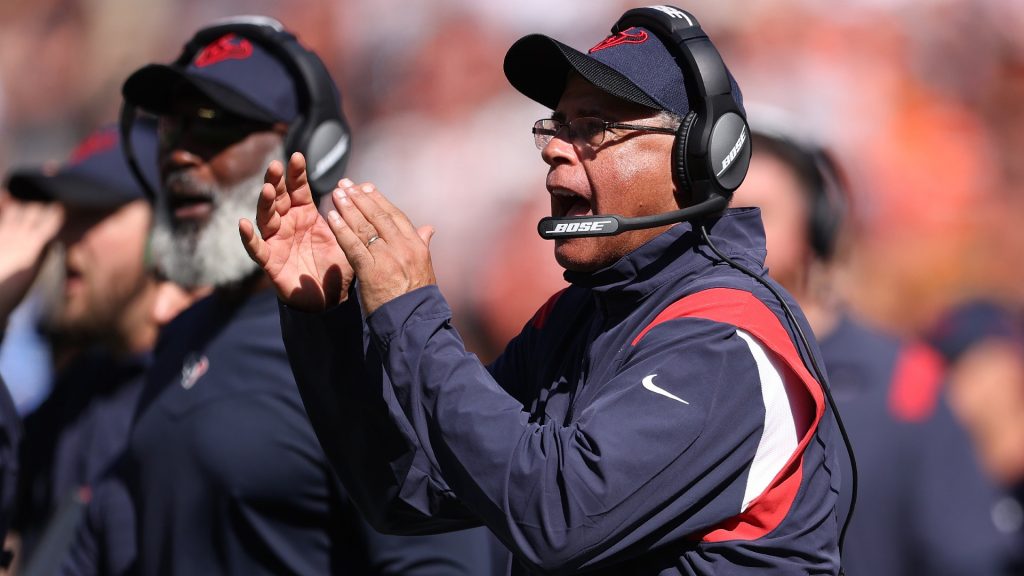 Following an embarrassing loss to the Buffalo Bills, the Houston Texans are back at home. This week, they’re hosting the New England Patriots. The Patriots, on the other hand, are coming off of a close loss to the Tom Brady’s Buccaneers on Sunday Night Football. Both teams come into this game with a 1-3 record, so both organizations are in need of a win. Below, I’ve listed five keys to the Texans defeating the New England Patriots.

Be sure to follow Houston Sports Report for more coverage on the Houston Texans and their keys to defeating the New England Patriots. As always, you can find us on Facebook and Twitter.

The Texans defense has performed much better this season. However, last week they gave up 40 points to the Buffalo Bills. Aside from a Lonnie Johnson Jr. interception, it was a rough day at the office for Houston. With that being said, Patriots QB Mac Jones has four interceptions this season, including three against New Orleans in week three. One of the biggest keys this week is forcing the New England patriots, and Mac Jones, to make mistakes against the Texans defense.

Not only do the Texans need to keep Davis Mills upright, but they also need to give him ample time to make throws in the pocket. In this scouting report on Davis Mills, which I wrote, one of the biggest flaws that Mills has is throwing inaccurate balls under pressure. Mills has taken eight sacks this season, so the offensive line will have their work cut out for them today. Regardless, they must find a way to keep the pocket intact. Up to this point, the move inside for Tytus Howard hasn’t proved beneficial.

Scottie Phillips and Rex Burkhead are inactive for today’s game. However, the Texans backfield trio remains intact with Johnson, Lindsay, and Ingram. Establishing the run, and taking pressure off of Davis Mills and the passing game, is one of the biggest keys to the Texans remaining competitive against the New England Patriots. The Patriots give up the 13th most rushing yards per game this season, so look for the Texans to run early and often.

The New England Patriots are one of the best defenses against the pass this season. In fact, they’re only allowing an average of 185 passing yards per game. If the Houston Texans want to move the ball down the field through the air today, they’ll need to do so through short yardage plays. With that being said, OC Tim Kelly could look to pickup yardage by way of crossing routes and check downs across the middle of the field. By doing so, this will give the Texans the ability to gouge the Patriots defense. There will likely be double-teams on Brandin Cooks. Therefore, look for Danny Amendola, as well as the tight ends, to be targeted.

The Texans are 22 of 53 on third down conversions this season. If they want to remain competitive this Sunday, they’ll need to do much better in this category. A large part of this, as mentioned above, is establishing the run game. However, Houston will likely need to find success through the air, too. Regardless, if the Houston Texans are unable to convert on third down, they’ll likely be looking at another loss this week.