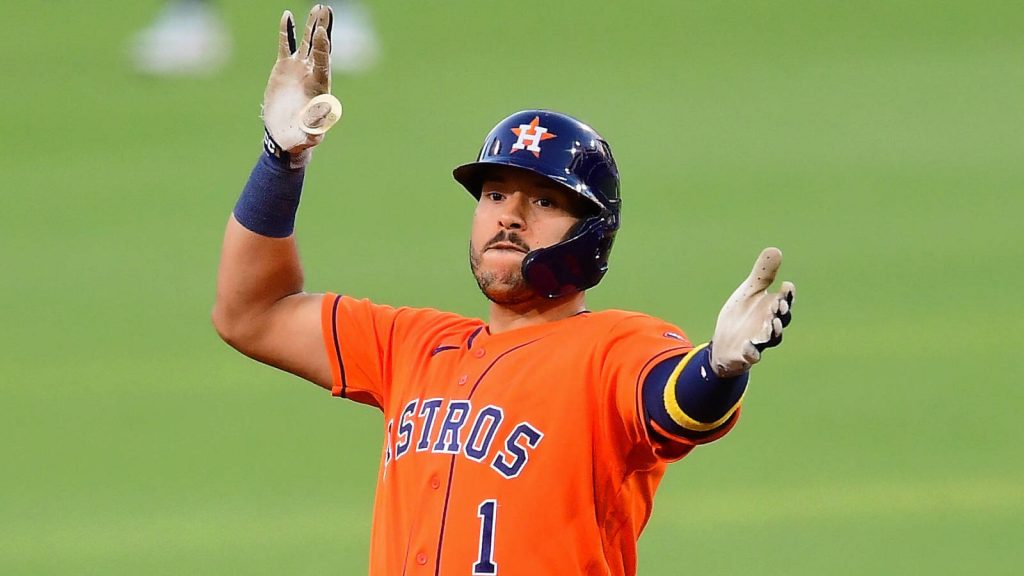 With only a few weeks until pitchers and catchers report for Spring Training, Carlos Correa and the Houston Astros came to an agreement on a one-year deal. Worth $11.7 million, the deal avoids arbitration and keeps both sides happy. General Manager James Click announced that the two sides had reached a deal on Saturday morning, which should help to ease the worry of fans hoping for another playoff run.

With George Springer now officially a member of the Toronto Blue Jays, it paves the way for the Houston Astros and Carlos Correa to work on a long-term contract. Correa has expressed his desire to remain with the franchise long-term, and the two sides are reportedly working on such a deal. Signing Correa to a long-term contract would ensure that Houston’s infield core remains intact. Jose Altuve and Alex Bregman are already signed to long-term deals.

With Correa signed, the Astros can now focus on other areas. With Justin Verlander recovering from Tommy John surgery, the Astros need another starter. Of course, it goes without saying that George Springer has left a hole in the outfield. Michael Brantley is back with the Astros for two-years, but a center fielder is still needed. However, the team could fill the need from within through Myles Straw.

Regardless of how the 2021 season ends, the Astros made the right move in avoiding arbitration with Carlos Correa.

Be sure to follow Houston Sports Report for more coverage on Carlos Correa and the Houston Astros. As always, you can find us on Facebook and Twitter.