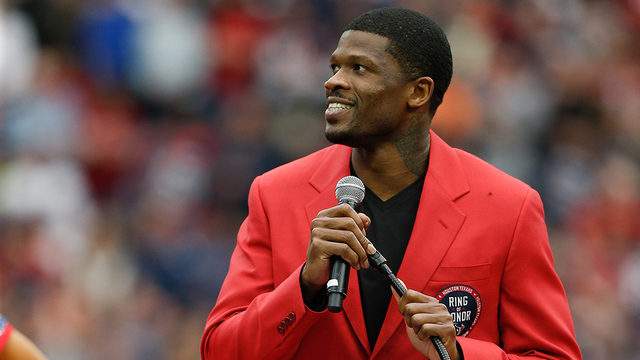 Andre Johnson has broken his silence as the former Texans wide receiver, and Ring of Honor member, took to Twitter to show support for Deshaun Watson. Johnson also took a shot at Jack Easterby, the executive vice president of football operations for the Texans.

If I’m @deshaunwatson I will stand my ground. The Texans organization is known for wasting players careers. Since Jack Easterby has walk into the building nothing good has happened in/for the organization and for some reason someone can’t seem to see what’s going on. Pathetic!!!

Johnson also seems to call out Cal McNair, the chairman and chief executive officer of the organization. McNair has catered to Easterby, who remains as a member of the organization. Easterby was responsible for hiring Nick Caserio, a move that has upset several within the franchise, including QB Deshaun Watson.

To date, Johnson has remained mostly silent when it comes to day-to-day operations of the franchise. However, given how events have transpired over the past few weeks, Andre Johnson broke his silence to support Deshaun Watson’s efforts to have a say in the head coaching search.

The Houston Texans fired head coach/general manager Bill O’Brien following an 0-4 start to the season. The Texans then formed a search committee, which included Andre Johnson, to support the organization in their search for new personnel. Additionally, the team also hired Korn Ferry, a consulting firm, to assist in the search. However, according to reports, Easterby went to McNair directly to hire Caserio.